Not long ago, Faye Kesey McMurtry, widow of noted author and cultural visionary Ken Kesey, reached an agreement with the University of Oregon that will ensure all of her late husband’s papers are kept in Oregon. The vast collection of manuscripts, journals and other correspondence will be cataloged and cared for by the university he attended from 1953-1957. Included in the collection are early drafts of both “One Flew over the Cuckoo’s Nest” and “Sometimes a Great Notion.”

Ken Babbs, fellow Prankster and one of Kesey’s closest friends, had to this say about the University of Oregon’s acquisition. “Keeping the collection at the U of O opens the door for me to go in there any time I want and read the letters again, no pre-formed ideas or opinions but who knows what will come of it, the future being the bounteous mystery it always is.”

For those less familiar with the timeline of this story, it was the success of “One Flew over the Cuckoo’s Nest” that provided Kesey with enough financial security to develop and encourage the Prankster lifestyle and to continue his efforts to awaken in all of us the freedom to see the world in a completely new and original way.

With one successful novel behind him and a second about to be published, Kesey and the Pranksters got on the bus and headed to New York City, where the World’s Fair was underway and a Broadway adaptation of his second book was about to begin. That novel, “Sometimes a Great Notion,” tells the story of the Stampers, a fiercely independent Oregon logging family who stand against the striking unions to honor their word and honor the commitments they have made to their customers.

The strength of Ken’s connection to Oregon, and the literary importance of this collection to the state’s shared history make the University’s decision to complete the purchase of his papers a big win for everyone involved.

With Kesey’s incredible library in good hands, we at Furthur Down the Road are even more committed to ensuring the rebirth and long-term survival of the magnificent bus that has come to represent this amazing American era.

Read the news of this agreement in the Columbian online. 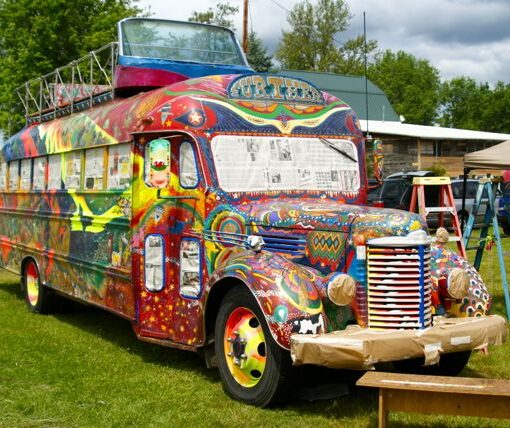 We all know what they say about the best laid plans, don’t we? Here in the realm of those we call the […] 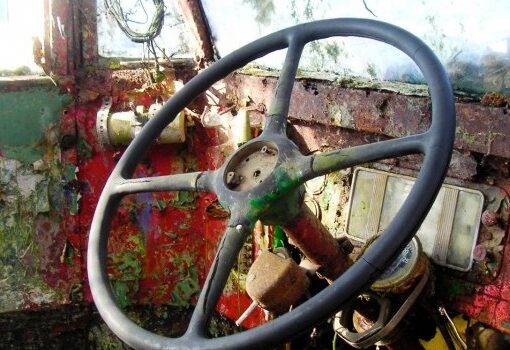